Ask a maven about the Festival of Shavuot, and you'll get enlightened on the "first fruits" of the wheat harvest in Israel, if not on the giving of the Torah at Mount Sinai. But dairy lovers know the true meaning of the late Spring, early Summer ...
Comments (0) 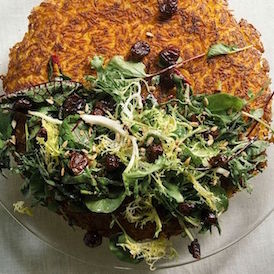 Every year James Beard Award-winning Chef Alon Shaya serves up a Seder at his Shaya restaurant in New Orleans. For this year's edition he added this pomegranate-studded twist on Tabbouleh. 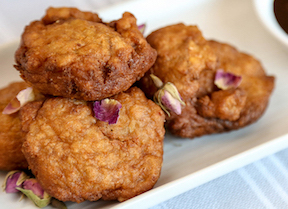 Looking for a new way to enjoy broccoli? Try Andrea Beaman's special recipe, with baked with eggs and cheddar cheese.

Citrusy, herb-y and baked, this fish recipe from Andrea Beaman is swimming in flavor and goodness.