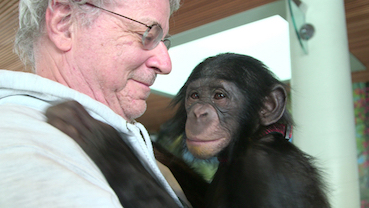 Take a chimpanzee. Think about what she thinks about. Does she understand that she has a mind? Can she grasp that other individuals have a mind? Does she have a concept of time? If so — as scientific studies show — this chimp is what animal advocate Steven Wise argues is a self-aware, autonomous “person.” Now to get U.S. law to recognize the fundamental civil rights he says great apes therefore deserve.

Unlocking the Cage documents Wise’s efforts to do just that. But “how do you get the attention of the judge” if animals are seen as a “thing”? wonders the lawyer, bestselling author and Harvard professor. For him and his Nonhuman Rights Project, one answer is to file lawsuits on behalf of animals. Another is to appeal to the court of public opinion, which is how Unlocking came about in the first place.

eas corpus to release four chimpanzees from captivity in New York State. When the Wise team visits two of them, Merlin and Reba, at Bailiwick Zoo in Catskills, NY, Reba has just passed away and Merlin grieves alone in his enclosure.

NhRP Executive Director Natalie Prosin later comes back to check in on Merlin, but she discovers that he too has died. A third would-be plaintiff, Charlie the Karate Chimp, passes away in his Niagara Falls captivity not long afterwards. Wise and his team are further dispirited to find Tommy, the chimp of "Project X" fame, living in a dingy indoor facility where his cage mate is a television. “Captivity--it’s just killing these guys,” laments Wise as he resolves to find — and file a suit on behalf of — every surviving chimp in New York State.

“We may be the only lawyers on earth whose clients are all innocent,” trumpets a poster in Wise’s office. Although the film focuses on great apes, Wise extends his definition of “personhood” to other cognitively advanced animals, such as elephants and cetaceans. These three non-human groups possess what he refers to as “a theory of mind.” But it’s what they don’t have that commends them for Wise's purposes: meat that tempts American palates or indigenous US habitat. 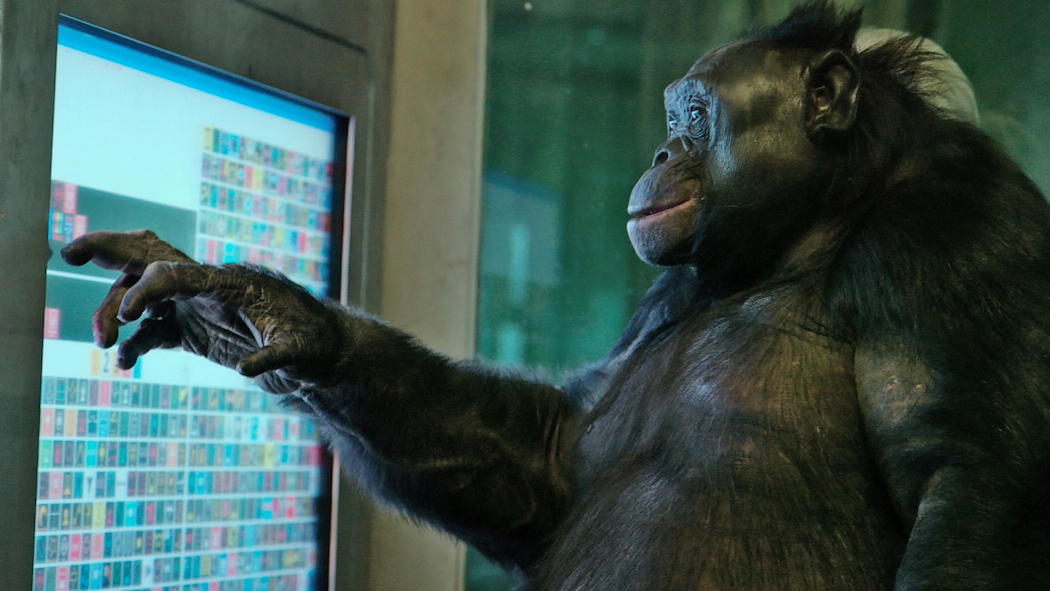 There they -- the chimps, that is -- communicate with primatologists through sign language, use computers and all but edit books. With such dazzling displays of intelligence, it’s disturbing to consider Citizens United, which affirms the personhood of corporations, while comparable rulings have eluded non-human, non-corporate beings like these apes. Florida’s Save the Chimps is home to many former test subjects in biomedical research laboratories and even in NASA space programs.

In his home 100 miles away, Wise traces his non-human rights practice to 1979, when someone gave him a copy of Peter Singer’s book Animal Liberation. People “barked when I went into a courtroom,” he recalls of his early work. By 2000 Harvard had recruited him to teach, signaling both a new phase of his career and of a growing popular interest in his work. Wise makes it onto “The Colbert Report,” where its host cracks, "If Tommy wants to have rights, he should form his own corporation."

Pity there isn't more comic relief. It'd do wonders for the string of court appearances that nearly  bog down the latter part of the film. Yet what these scenes of litigation may lack in thrills, they make up for in gravitas. Wise presses his arguments first in New York’s lower courts and takes them all the way to the State Supreme Court. The action is in the bidding with judges and in the granular strategic thinking it takes to advance it.

Ultimately, what Wise has going in his favor is the recent rise in public sympathy for animal rights. Maybe his days of being barked at are truly over.