How Many Israeli Films at the 40th Toronto International Film Festival? More than a Minyan 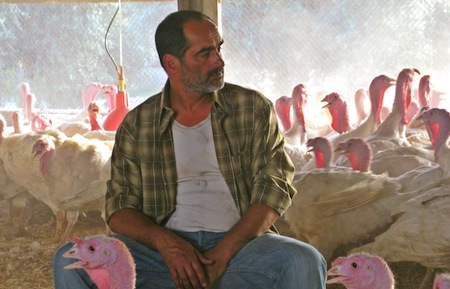 So far, it looks like 5667 will be a good year for Israeli cinema. The Jewish New Year finds omers of Israeli films cropping up at prominent festivals around the world. A hefty 11 titles are screening at the 40th Toronto International Film Festival (September 10 - 20). Although TIFF is not competitve, it's considered a major relay on the festival circuit and a fertile field for distribution deals.

The Kind Words is one of two Israeli features in the Contemporary World Cinema section. This latest feature from Shemi Zarhin arrives in Toronto with echoes of
the kind words generated back home. Beyond its impressive box office performance this summer, the film has racked up 12 Ophir nominations. What begins as a sobering drama tracks three siblings who go fr 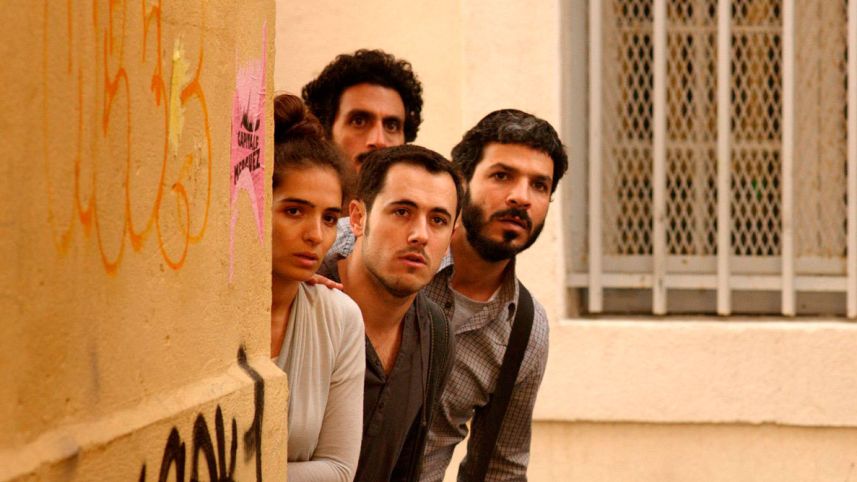 om Jerusalem to Paris and Marseille in search
of their real father after their mother's death. There's also some time travel involved: to Algiers of the 1960s. Along the way, the trio excavates old family secrets and turn up welcome laughs.

The second selection, Baba Joon, unfolds in the Negev, where an emigré family from Iran raises poultry and a rebellious son. "Baba Joon" means "Dear Father" in Farsi, and the titular strict father is played by Navid Negahban, whom Homeland fans will remember as Abu Nazir. Like The Kind Words, Yuval Delshad's debut feature is also vying for a best film Ophir Award. 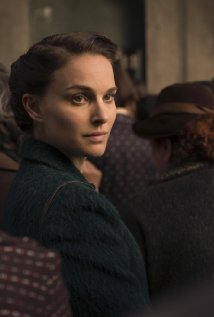 A Tale of Love and Darkness, from Jerusalem-born Natalie Portman, world-premiered at the Cannes Film Festival, and now has its North American premiere at TIFF in the Special Presentations category. Portman wrote and stars in this screen adaptation of Amos Oz's autobiographical novel. The film marks her first effort as a feature director.

Amos Gitai, a veteran filmmaker with decades of world festival experience, returns to Toronto -- in the Masters section -- with Rabin, The Last Day. Billed as a political thriller, this post-mortem on the murder of Israeli Prime Minister Yitzhak Rabin draws on the Shamgar Commission hearings and gives audiences a whiff of suspected conspiracy. The film comes to Toronto straight from the 72nd Venice Film Festival (September 2-12), where it participated in the main competition. 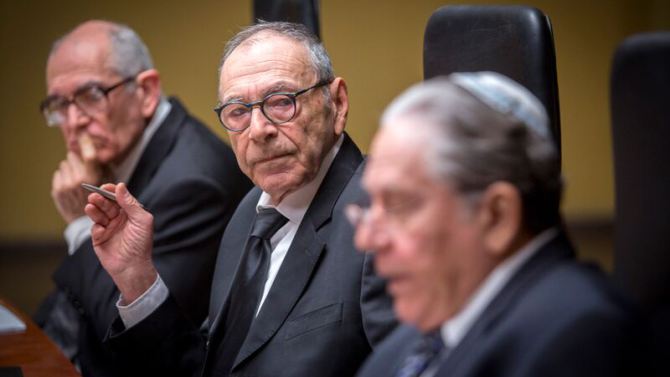 A thriller of a different ilk is the Polish/Israeli co-production Demon. Set at a Polish wedding, it mines the Jewish folk legend of the dybbuk for a contemporary creepfest of possession.  Polish director Marcin Wrona directed this feature-length work showing in the Vanguard program.

The festival lineup includes two Israeli documentaries. Thru You, Princess is Ido Haar's personal story of connecting online with an African-American singer from New Orleans. The film earned an Honorable Mention at this year's Jerusalem Film Festival. That storied city also plays a critical role in P.S. Jerusalem. The filmmaker, Danae Elon, 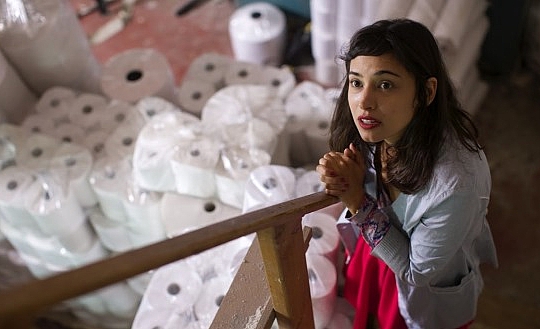 takes Jerusalem to task while also exploring her ambivalence about her late father, writer and activist Amos Elon.

Nitzan Gilady's Wedding Doll and Yaelle Kayam's Mountain represent young Israeli talent in the Discovery Section. Wedding Doll centers on a mentally challenged young woman who finds romance at the toilet paper factory where she works. It took the Anat Pirchi Award for best Israeli debut feature at Jerusalem. Mountain, which was warmly received at Venice, follows an Orthodox Jewish woman whose husband's feelings towards her may be as inert as the souls buried in the Mount of Olives cemetery where the family lives.

Two short films round out the Israeli roster at TIFF: Elad Goldman's Latchkey Kids and Kerem Blumberg's One Last Night.

Conspicuously absent is Laszlo Nemes's Holocaust drama Son of Saul. Winner of the Grand Prize at Cannes, it will make its North American debut at The New York Film Festival (September 25 - October 11).

0 comments on "How Many Israeli Films at the 40th Toronto International Film Festival? More than a Minyan"