An Evening with Lewis Bernstein 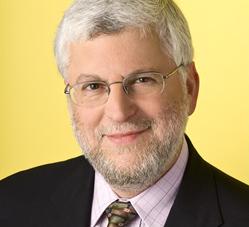 After UJA/JCC Greenwich CEO Pam Ehrenkranz attended a recent Grinspoon Foundation retreat for PJ Library communities, she couldn’t get a certain name out of her mind. Among the lineup of impossibly inspiring, impressive speakers, Dr. Lewis Bernstein left her with the greatest inspiration, and made the deepest impression. And that’s not bad for a kiddie TV guy.

On Thursday, January 19, 7:30pm, attendees at this special event will have a chance to see for themselves why the former Executive Vice President of Education Research and Outreach for Sesame Street Workshop is such a marvel. According to Ehrenkranz, “He’s a master storyteller, and when he spoke about the power of art to transmit values across generations, we were all mesmerized.” Sesame Street is the art work in Bernstein’s Exhibit A, although PJ Library parents attending “An Evening with Lewis Bernstein” will no doubt be reminded of the multi-generational values communicated through PJ Library books as well.

The three-time Emmy-winning executive producer will also consider the legacy of Sesame Street (which became Sesame Workshop). What are the implications of core Sesame themes such as tolerance, kindness and respect on viewers’ emotional literacy, attitudes towards diversity and ethical choices later in life? Drawing on his more than four decades of developing and producing the beloved, puppet-fortified American series and the launch of global Sesame programming (including Shalom Sesame and Shara’a Simsim), Dr. Bernstein will engage the Greenwich community in a spirited discussion of issues close to the heart.

“Dr. Bernstein is sure to warm up this mid-January evening with his beautiful stories and meaningful insights and we heartily encourage all parents - from JBabies, Sunday Funday TOTS & KIDS, PJ Library and our esteemed Grandparents Circle partners - to come and meet this profoundly interesting and influential speaker, ”said PJ Library Greenwich director Tracy Daniels.

“An Evening with Lewis Bernstein” will take place at the Bruce Museum, 1 Museum Drive. Tickets are $15 in advance, $20 at the door. To register and obtain further details, click here or call 203.552.1818.

0 comments on "An Evening with Lewis Bernstein "